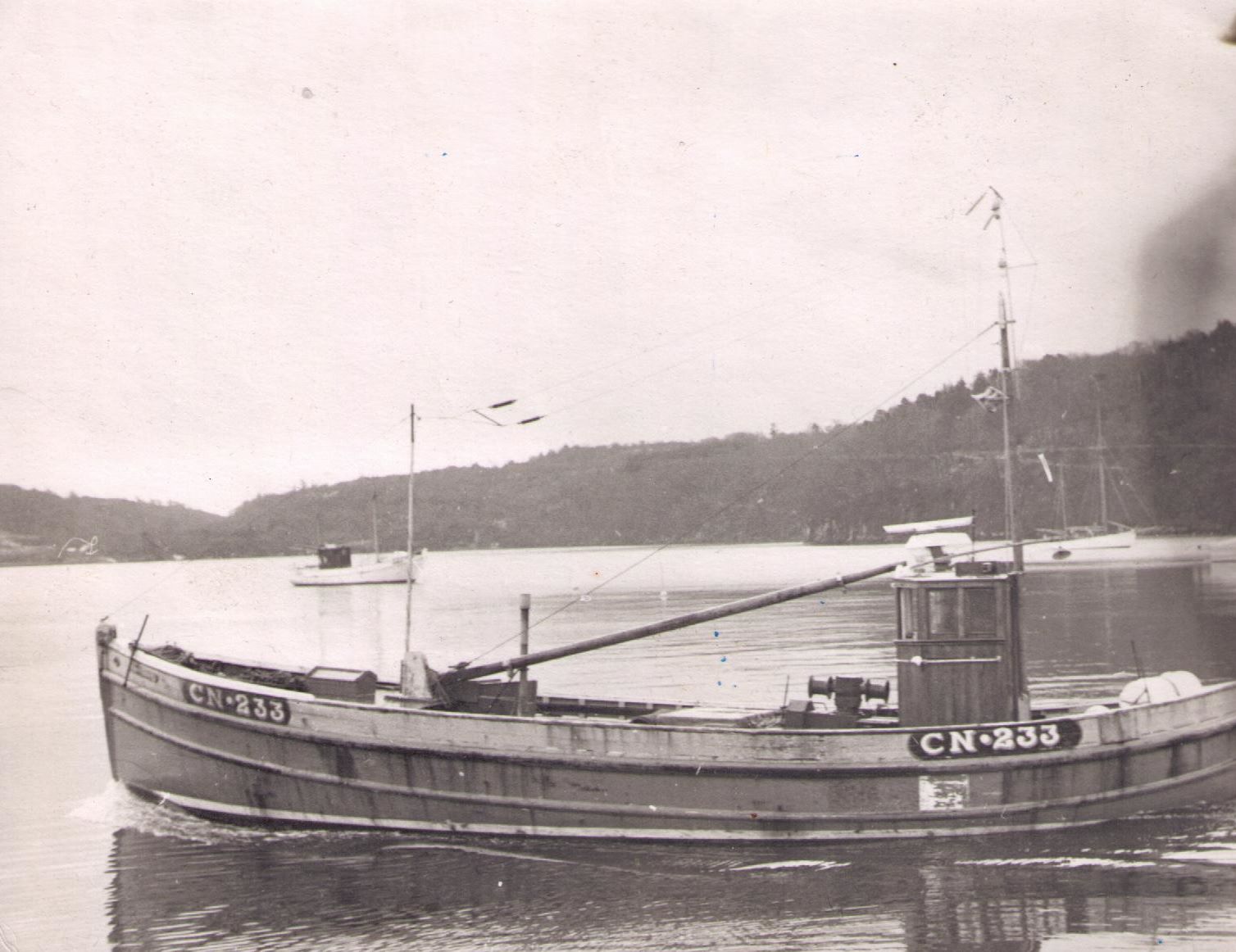 A resident of the Island of Mull at the mouth of Loch Linnhe on Scotland’s West Coast, Alasdair was looking to purchase his first vessel. He had been searching for some time when the Manx Beauty came up for sale. Boats were hard to come by in the early sixties, they were all bought up fairly quickly after appearing on the market. In 1964 George Donnan in Portavogie, Northern Ireland advertised the boat for sale. Alasdair arranged to go and look at the boat. With his uncle Peter MacLean he set off for Ireland, a trip that took him down the Clyde from Glasgow on the steamer for Belfast. One of his memories of that trip was sailing past all the working yards and ships under construction on both sides of the water.

The cost of the boat was £2200 which was very hard to raise in those days, she wasn’t in the best condition but they decided to buy her.

They made an agreement with George Donnan and returned home. Rather than head out to Ireland again to collect her, George arranged an Irish crew to deliver the Manx Beauty to Campbeltown. It was the day before Christmas Eve when they picked the boat up. They headed up the Kilbrannan sound through Loch Fyne to the Crinan Canal.

As it was mid-winter and very inclement weather, there was ice in the canal and the lock keepers were not keen to let the boat through. The ice could have done major damage to the boat. However with the use of steel plates and a barge going through first as an ice breaker they emerged safely into the sound of Jura about 4pm. Visibility was very poor as there were squally snow showers, but they still managed to arrive into the Sound of Mull about 9 am with only the paper navigator and compass to guide them.

The boat held a class 4 registration in Skibbereen. Due to this, reregistration in Scotland could only be at a port with a customs office. It took George Donnan almost two years to send the bill of sale through, this caused some problems getting her registered. However in 1966 Alasdair was able to complete her registration as CN 233. Oban would have been the natural port to register her in however it was not a Customs port and so she bore the registration of Campbeltown.

Alasdair initially worked about 250 creels with her, however the ring net winch that was on her when he bought her would not have been suitable for creel hauling with the vertical drums. George Donnan prior to delivery fitted an Edwinson Seine net winch with three gears. This winch proved to be just as unsuitable and was only kept for about a year. A friend of Alasdair had bought an ex-fishing boat to convert into a yacht and it had a virtually new winch aboard. This is the Fifer winch that is still with the vessel.

After working that for about a year they also decided to go to the trawl and fitted a Beccles coiler to the winch using seine net warps for the trawl. Later, Blair’s of Dunbar, the marine engineering company, built new couplings. This dispensed with the coiler for new trawl drums. This also made it practical and easy to convert back for creel hauling.

They used to work “a hell of a weather”, the Manx Beauty was as good a sea boat as Alasdair has ever owned. “Exceptionally good”. With the 250 creels aboard she never rolled.

The Kelvin 66 was in her when they bought her and the engine “never missed a beat”. The 66 had no problem towing 20 fathom prawn trawls.

Alasdair extended the cabin into the fish hold. He installed a galley, gas stove and sink, there had only been a bogey stove there prior to this.

In the early seventies the Oban Fisheries Officer approached Alasdair to ask if he would consider building a new boat. Alasdair’s initial thoughts were this was too expensive. However The Highlands and Islands Development Board were offering good loan facilities to fishermen for new builds. Additionally White Fish Authority grants were also available. This made a new build affordable. Alasdair approached several boat yards including some east coast ones. He decided to place his order with Alex Noble & Sons of Girvan to build his new boat.

The new boat the Aquila cost approximately £40,000 to build. Alasdair ordered ring nets at the same time, however pair trawling proved to be the way forward. These ring nets were never saw a shoal of herring. The boat went to herring, sprats and mackerel and clams. There was good money at the fishing at that period and no problem getting crew.

He sold the Manx Beauty to Alfred Waters of Cornwall in 1972.